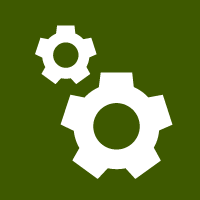 Since version 5.4. Magnolia CMS introduces a concept of a ResourceOrigin - an abstraction which allows to develop different pipelines for resource loading in the system. One of them is the web application classpath - project developers can bundle their resources in the jars together with the java sources and Magnolia will recognise and expose such resources.

Here we will discuss how to deal with such resources in development mode when the application is deployed in debug mode from some IDE.

How do I find deployed classpath resources?

First of all - what do we imply under web application classpath? By default we mean the libraries residing in the WEB-INF/lib directory of the webapp. Note that not all the jar entries are considered to be resources by Magnolia (and all the jars considered to be valid resource locations). The default filters we apply can be deduced from the DefaultClasspathServiceConfigurations class (tl;dr - it excludes compiled class files, default and native java libraries, most of the Magnolia special directories which start with mgnl-, e.g. mgnl-bootstrap, except for mgnl-i18n).

In order to find out what is the exact version of a resource is deployed at the moment one has to know how their IDE sets up the webapp deployment, i.e. where is the deployed war file/directory. With Maven set-up it would typically use bundle project's target directory.

How do I re-deploy my resources?

First of all - the webapp has to be deployed in an exploded form (what's that?).

Once that is done - all you have to do is to get the latest resource version to the WEB-INF/lib folder and Magnolia will pick it up shortly (the monitoring interval is 10 seconds)! There are several ways to make such an update: 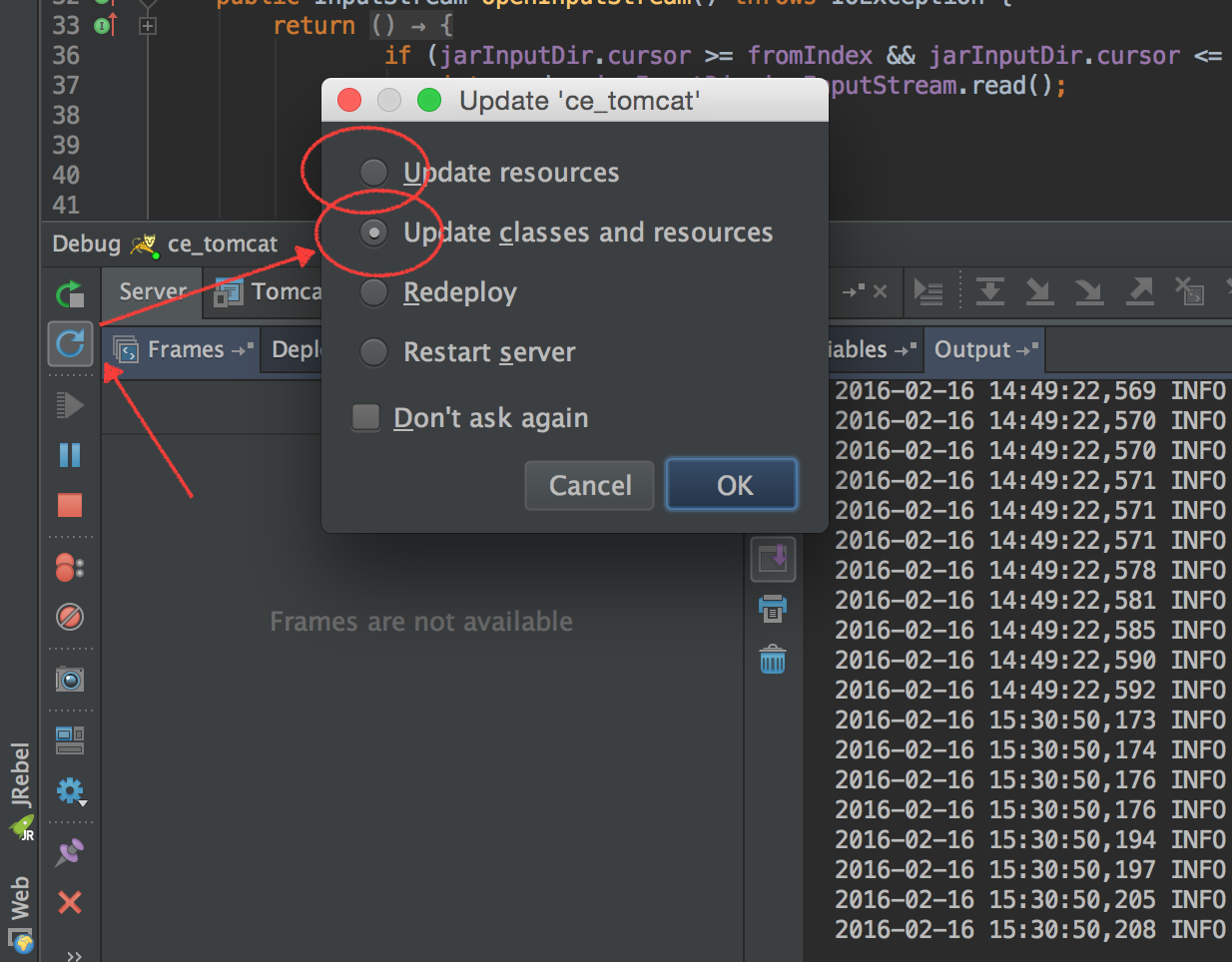 In IntelliJ IDEA given that the webapp is deployed as exploded war there should be a blue round arrow update button which brings a dialog box from which an Update resources or Update classes and resources should be triggered.

It was noticed that IntelliJ is not always reliable when just the resources have changed (no java changes). Especially if a new resource has been added or some resource has been removed. One could try the following to avoid such situation: 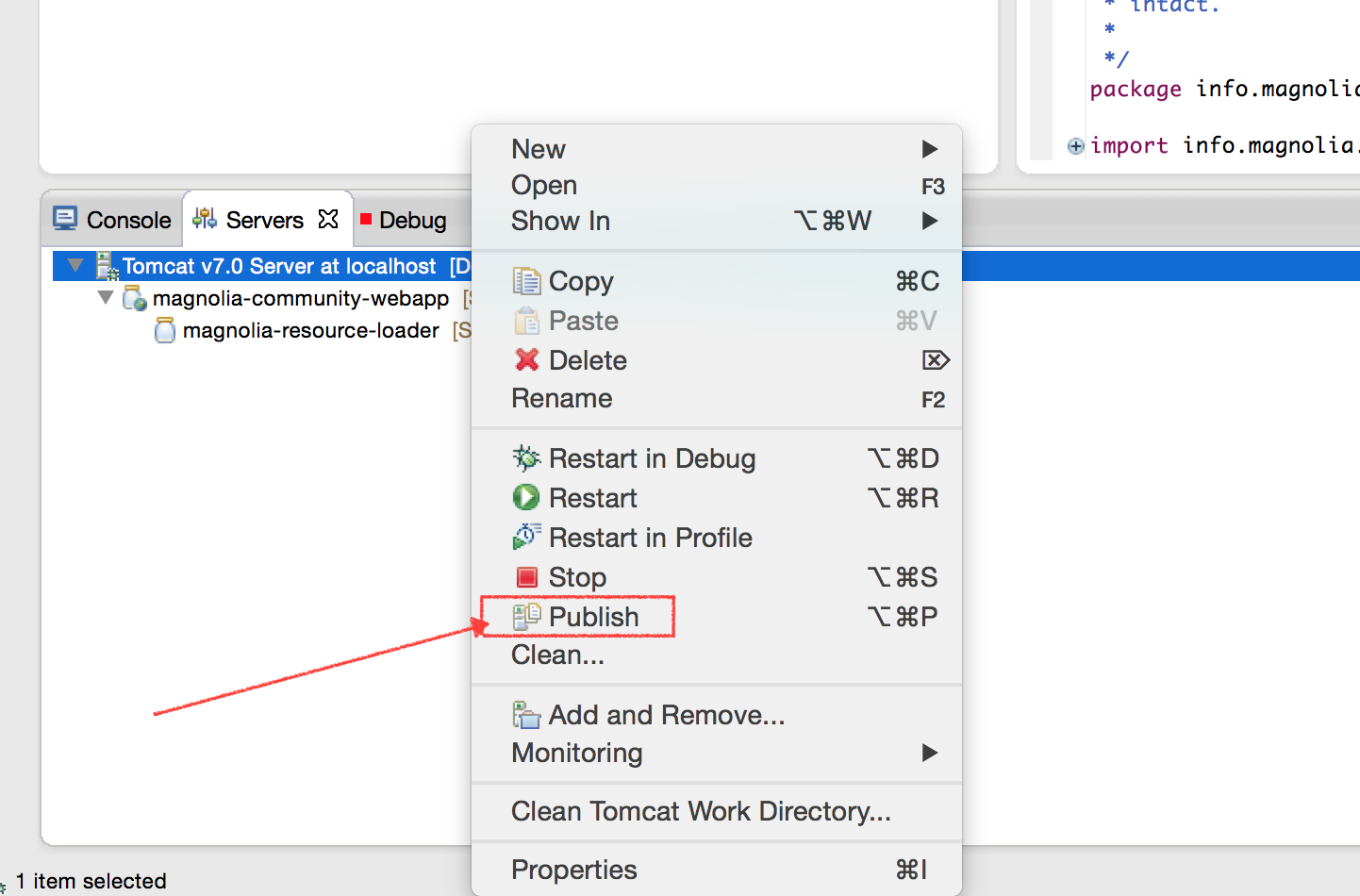 Presence of JRebel should not affect the resource re-loading functionality. However, it doesn't seem to add any improvements in this sense either - one might still need to trigger resource update in IDE.

Mind that by default JRebel plugin seems to turn automatic resource publishing off!

Unfortunately there is a slight chance one might run into a JVM bug while re-loading classpath resources and experience a JVM crash. Some details can be found here: