A dialog definition consists of actions and form subnodes. It is a very simple definition. The actual work is done in the form and action definitions which determine what content users can enter into the dialog and how to submit it. The class that reads the definition and configures the dialog is  ConfiguredDialogDefinition . You can configure your own dialogs in the /dialogs folder of your module.

This example dialog edits content in a Text & Image component. You can find the definition in Configuration > /modules/standard-templating-kit/dialogs/components/content/stkTextImage.

The actionArea lets you provide additional actions and to specify a renderer if required. You need a renderer when the action requires more then just a button (for instance for an upload action).

Let's have a look at the chooseDialog of the assets subapp of the dam module. The root node of the configuration snippet below is /modules/dam-app/apps/assets/chooseDialog: 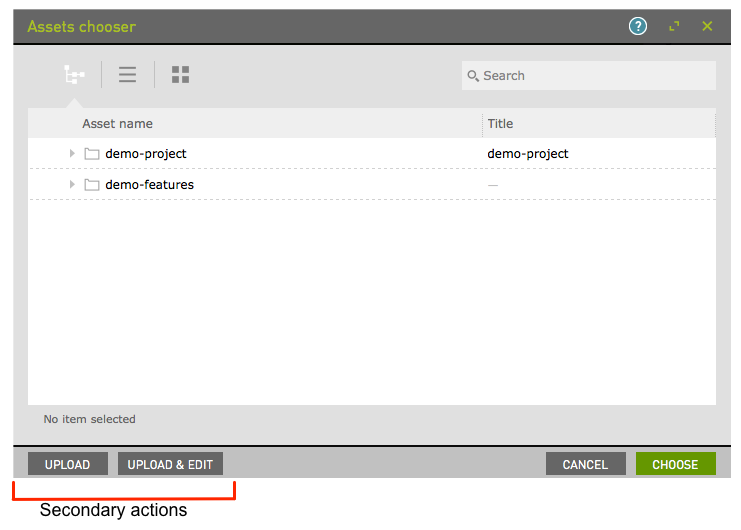 Note that the actions listed below the secondaryActions node are rendered on the left (whereas the other actions are on the right side).
Overview
Content Tools
Apps
Activity