Magnolia's author-public instance model follows the publish-subscribe pattern, a software design principle where the author instance acts as a publisher and public instances take on the role of a subscriber. In this pattern, the publisher classifies content so that subscribers can register interest in particular type of content. In Magnolia, editors organize pages into a website tree on the author instance (equivalent of message filtering in the pub-sub pattern). Public instances can subscribe to a particular path on the site, receiving only content they are interested in.

Differences between author and public instances

Author and public instances run identical software. They both have an AdminCentral that you can log into. The differences are configuration and security only.

What kind of instance do I have?

There are many ways to find out what kind of instance you have:

You can manage multiple sites from the same author instance. Each public instance can serve content targeted for a specific geographical area. For example, one instance serves visitors from Europe and another visitors from the U.S. 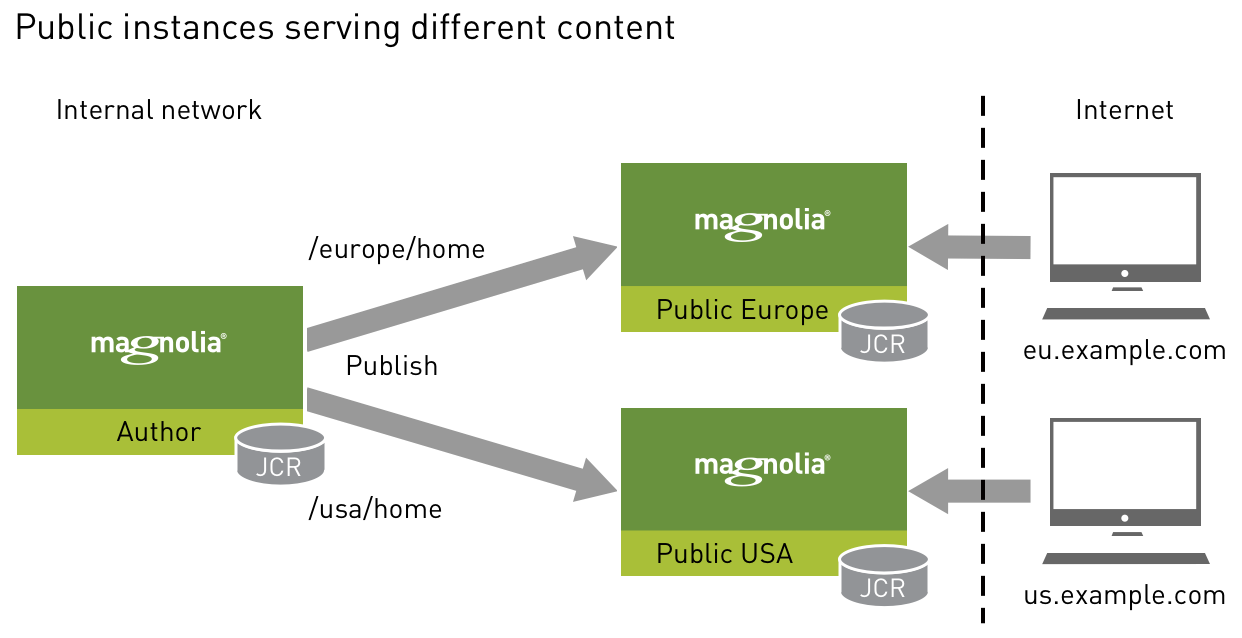 Magnolia multisite feature provides granularity for content control on multilanguage and multidomain installations. Administrators have the option to direct editors to the author instance through a specific domain. Editors edit only the part of the content structure that resides at the specified domain. To ensure a consistent browsing experience, URLs are adapted to always reflect the domain. You can also configure multiple domains to access the same instance.

Place secure and sensitive application instances inside a firewall. The diagram below illustrates a possible placement strategy where an extranet public instance resides outside the firewall but an intranet instance is inside. 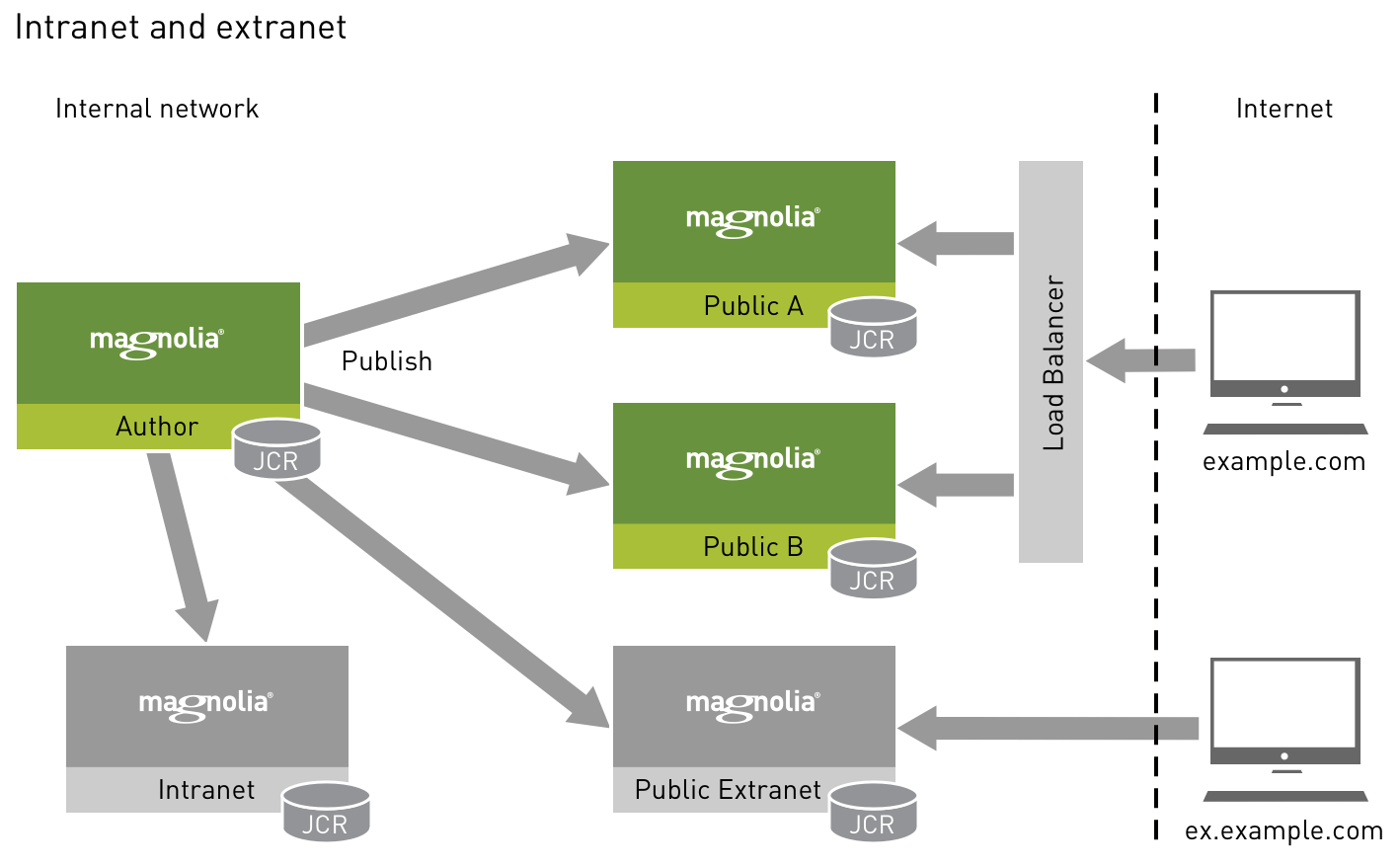 A distributed instance setup allows you to respond to high availability requirements and sudden increases in traffic. Here are common problem scenarios:

You can address the issues by adding a new public instance to serve the same content, helping the existing instances deal with the load.

Magnolia configurations range from a minimal one-machine setup to a standard three-instance production setup and beyond. 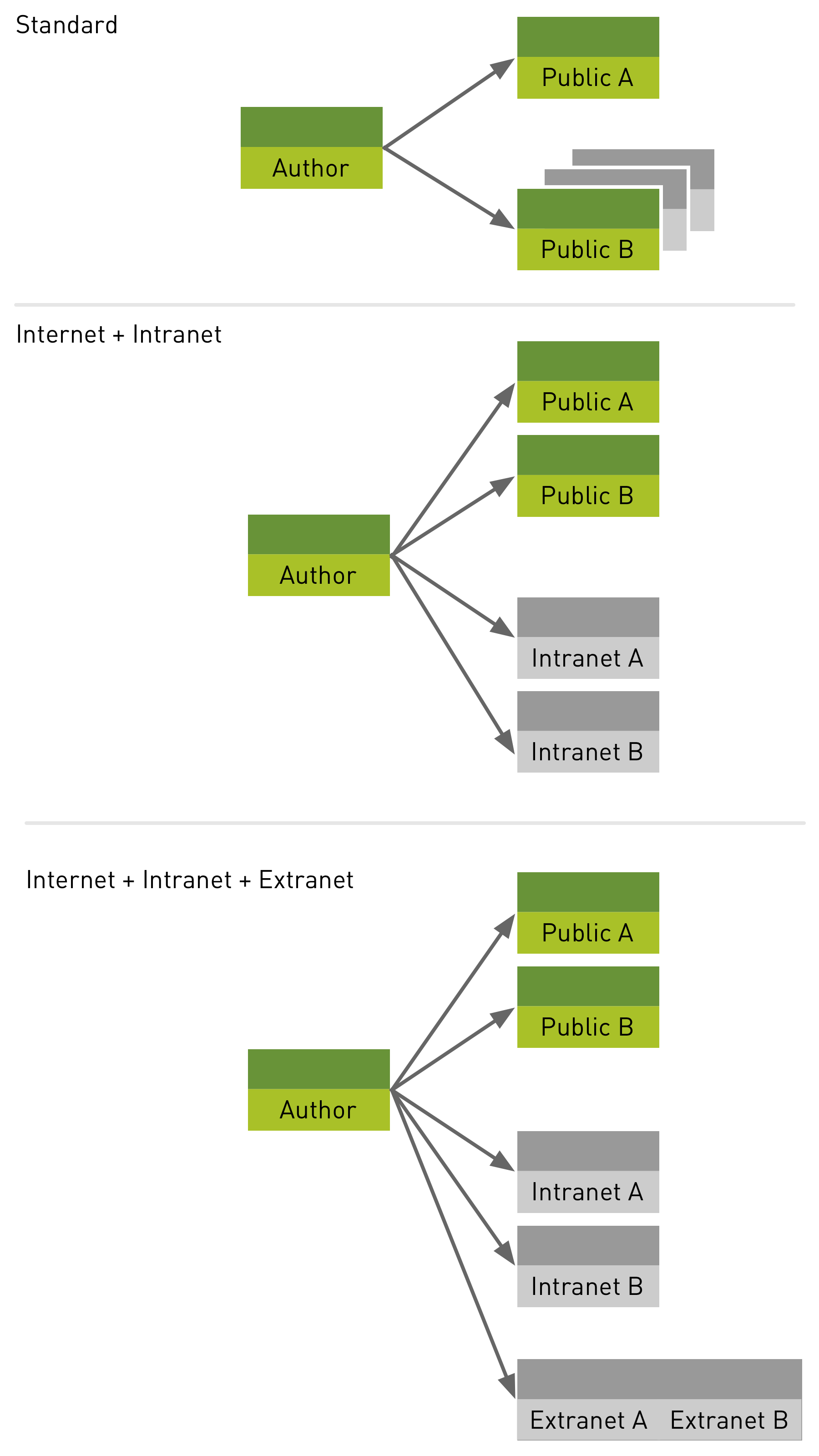