The Synchronization module is not bundled with Magnolia. You can download it from our Nexus repository

Synchronization is a Enterprise Edition module. It is typically not installed.

Create a backup of your system before you install a module. Uninstalling a module is not as simple as removing the .jar file. Modules add and change configurations and may change the content. Try new modules in a test environment first. A module consists of a JAR file and may include dependent JAR files. Modules are responsible for updating their own content and configurations across versions. Be sure to keep only one version of each module and its dependencies.

To install a module:

Repeat the steps for each author and public instance. 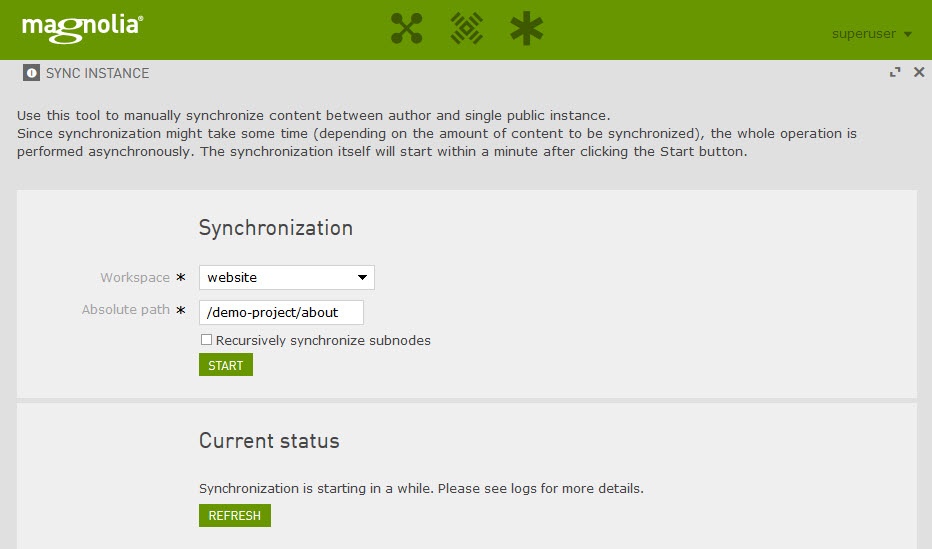