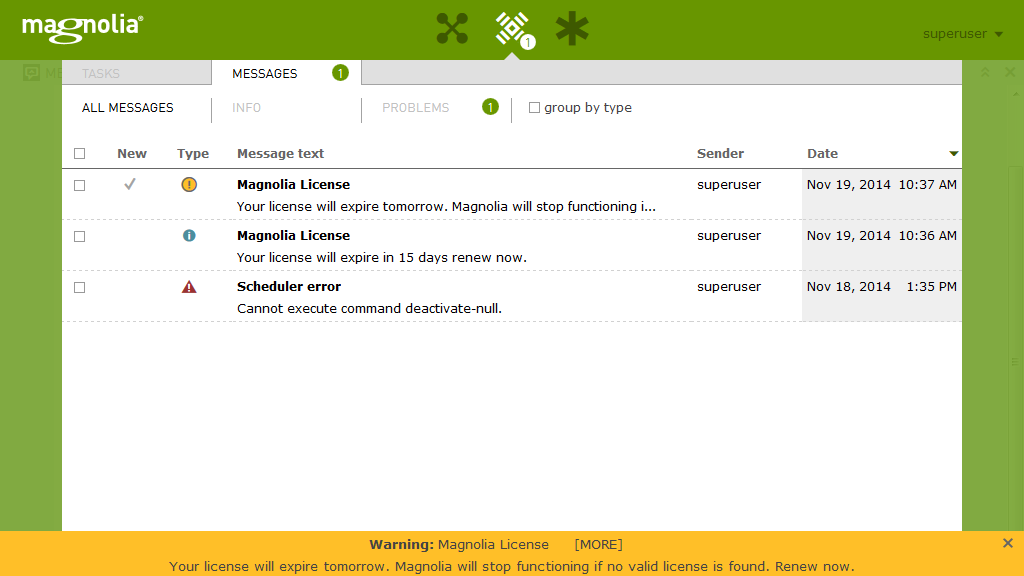 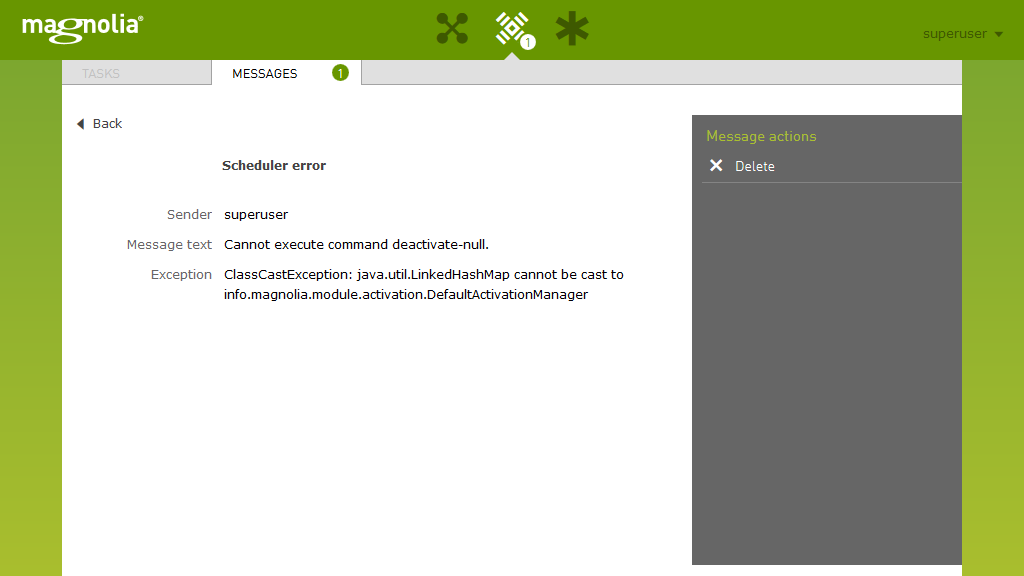 Tasks make collaboration better. They have a clear status and an assignee. Users can go to the Pulse to see who owns a task and perform actions on it. Magnolia uses human tasks in the publishing workflow. When an editor publishes a page, the system creates an approval task and sends it to the publishers group.  Under the hood we use the jBPM workflow engine's user task  feature. See also  Custom tasks and User tasks in Magnolia workflow documentation. 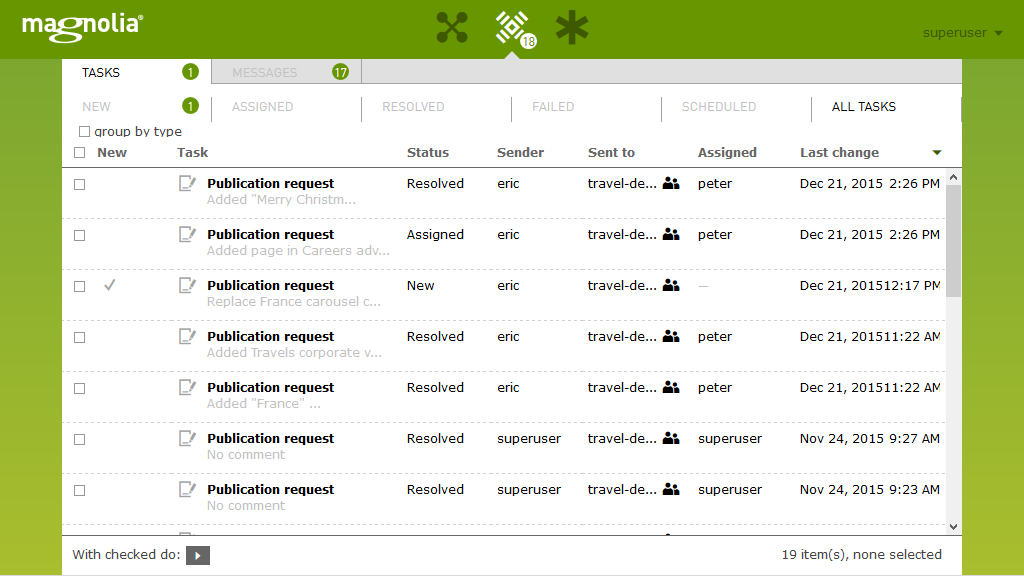 Please note that a task may also be Archived . Such a task is not shown in the ALL TASKS tab of the Pulse at all (5.4.13+) or shown with the "–" (dash) marker in the Status column (pre-5.4.13). An Archived task is still stored in the repository and may be re-opened if necessary.