Please take some time to read through the official documentation of jBPM's Core Engine API before proceeding here.

RuntimeManager has been introduced to simplify and empower usage of knowledge API especially in context of processes. It provides configurable strategies that control actual runtime execution (how KieSessions are provided) and by default provides following:

Runtime Manager is primary responsible for managing and delivering instances of RuntimeEngine to the caller.

An alternative to this would be the per process strategy where the RuntimeManager maintains a strict relationship between KieSession and ProcessInstance. Currently the underlying JCR persistence is lacking the possibility to store this relationship using the so called Correlation Key.

In jBPM the Runtime Environment is used by the RuntimeManager and encapsulates all important configuration that it requires for execution. It has to be fully instantiated and configured before the manager gets started and should not be altered afterwards.

Magnolia has its own implementation of the RuntimeEnvironment which takes care of the following during initialization:

The most important classes involved in setting up the jBPM Runtime and communicating with the engine.

This sequence diagram illustrates how the Runtime is initialized during module startup. After startup the WorkflowManager has a fully initialized RuntimeManager which allows communicating with the engine. 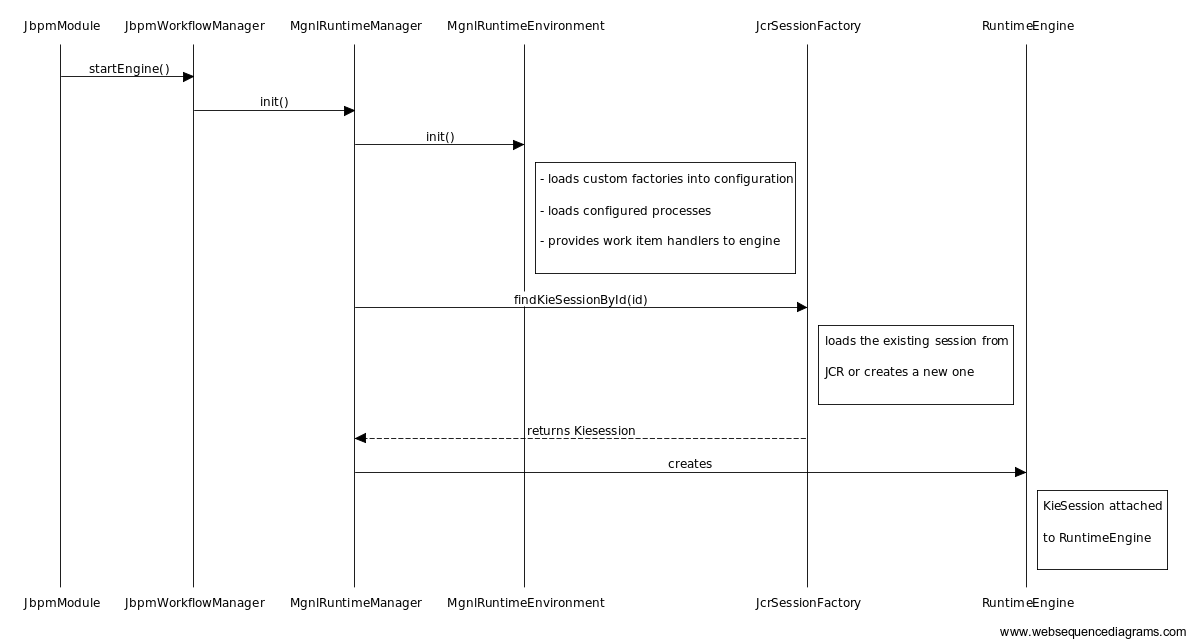 This sequence diagram shows how a process gets launched using the LaunchWorkflowCommand.