You can edit groups in the Security app.

You can display a list of all permissions assigned to a user or a group in the Tools tab of the Security app.

Assigning other groups to the current group

Assigning roles to the current groups 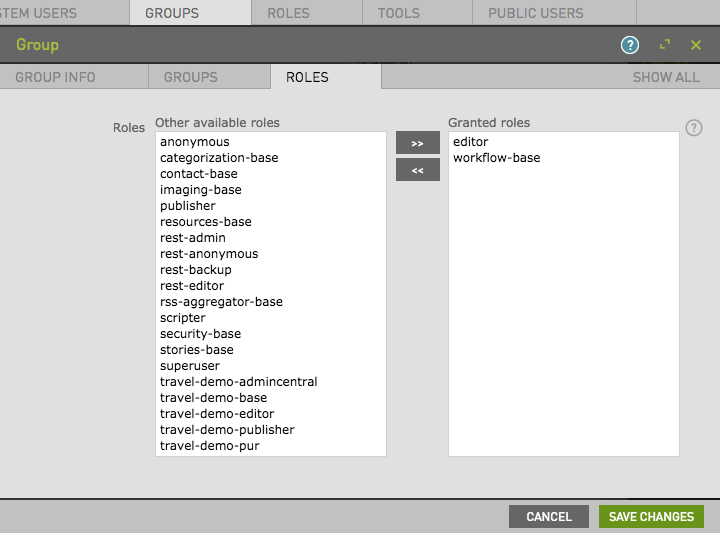