A few days later hardware on the failed public instance has been replaced and the server is up again. You re-enable the subscriber so that all new content is activated to both public instances. But you still have a problem with what to do with all the content that was published while the instance was down. Your options are: 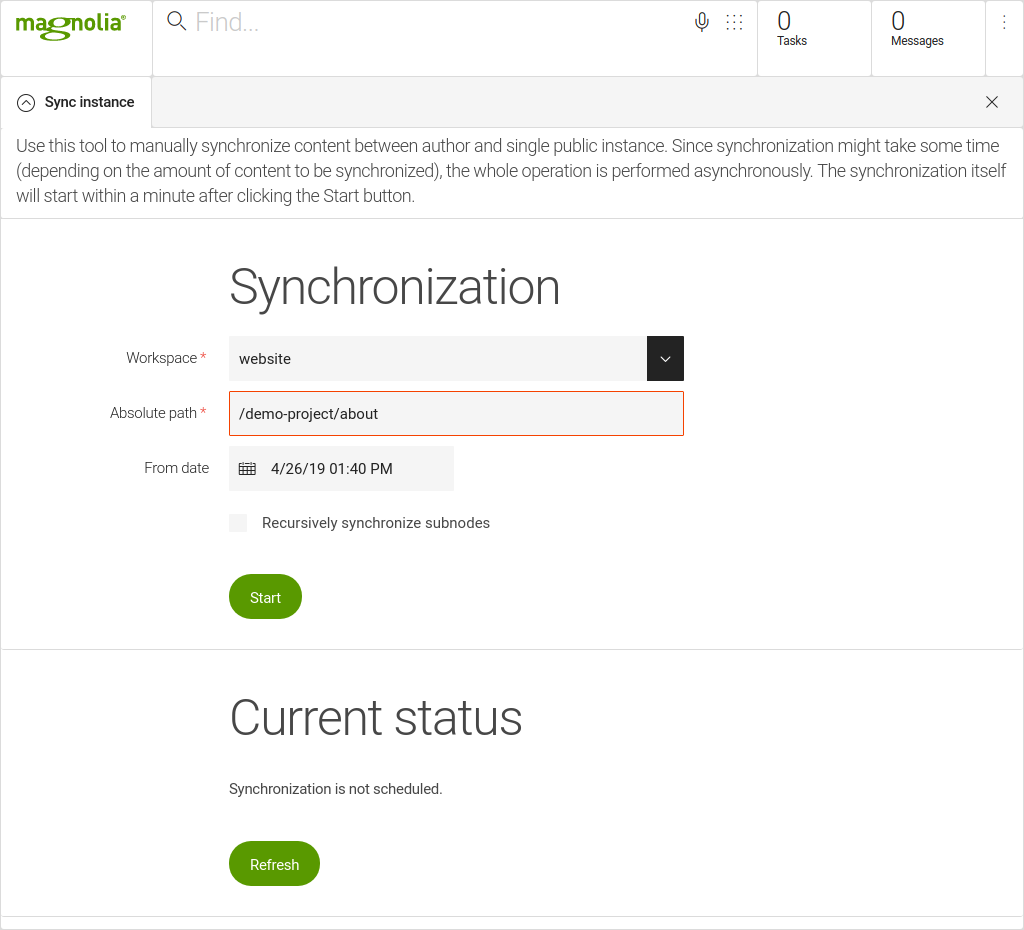 Test the synchronize command un-scheduled first. If it runs correctly, schedule it to publish to a new public instance after one minute (CRON expression: 0 * * * * ? ). If this works correctly too, point the subscriber configuration to the out-of-sync target instance and modify the CRON schedule as required.