Skip to end of metadata Go to start of metadata
The Tasks app is where tasks related to publishing workflows are collected. Users can go to the app to see who owns a task and perform actions on it. To open the app, click Tasks in the top-right corner: 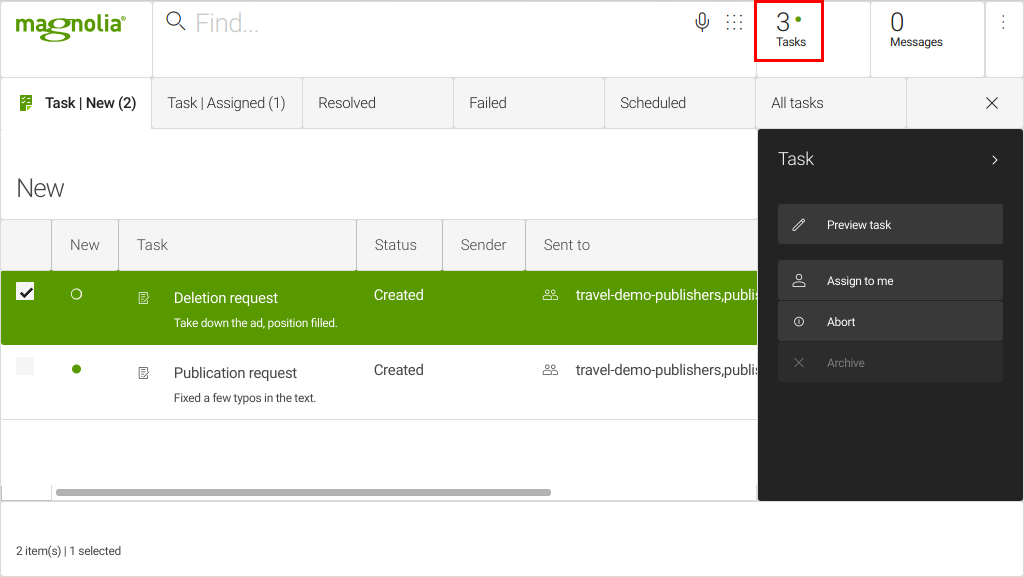 The task counter in the corner shows the total number of new tasks. A dot is displayed next to the counter if the following types of tasks are present in the workflow:

Tasks make collaboration better. Magnolia uses human tasks in the publishing workflow. For example, when an editor publishes a page, the system creates an approval task and sends it to the publishers group. Under the hood, we use the jBPM workflow engine's user task feature. See also Custom tasks and User tasks in Magnolia workflow documentation. Tasks are a single persisted entry shared by different users and groups. Given appropriate access rights, one or more users can see the same task and its state.

A task can have one of six states: