The app framework is a name for Magnolia functionality that deals with apps. It also controls app lifecycle events such as starting and stopping and bringing the app into focus. 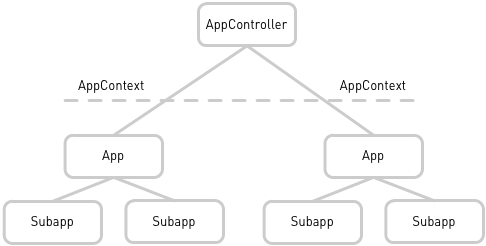