The Magnolia Shell is the visual layer of Magnolia, the look and feel that makes Magnolia 6.0 instantly recognizable. The Shell creates the user interface that you see when you log into the system: the white background, the Magnolia logo and the header with the Find Bar, App launcher, Tasks and Messages.

In Magnolia, an app is a tool with a very narrowly focused interface that enables you to work on one set of closely related tasks or one specific set of data. An app does not necessarily work on a single, physical data set such as the pages of a site. It may cover multiple physical data sets required to solve the task or tasks that the app covers. Apps contain sub-apps. You can switch back to the Apps screen at any time using the   icon, provided no modal dialogs (action in progress) are open. On the App screen you can switch to or launch another App. 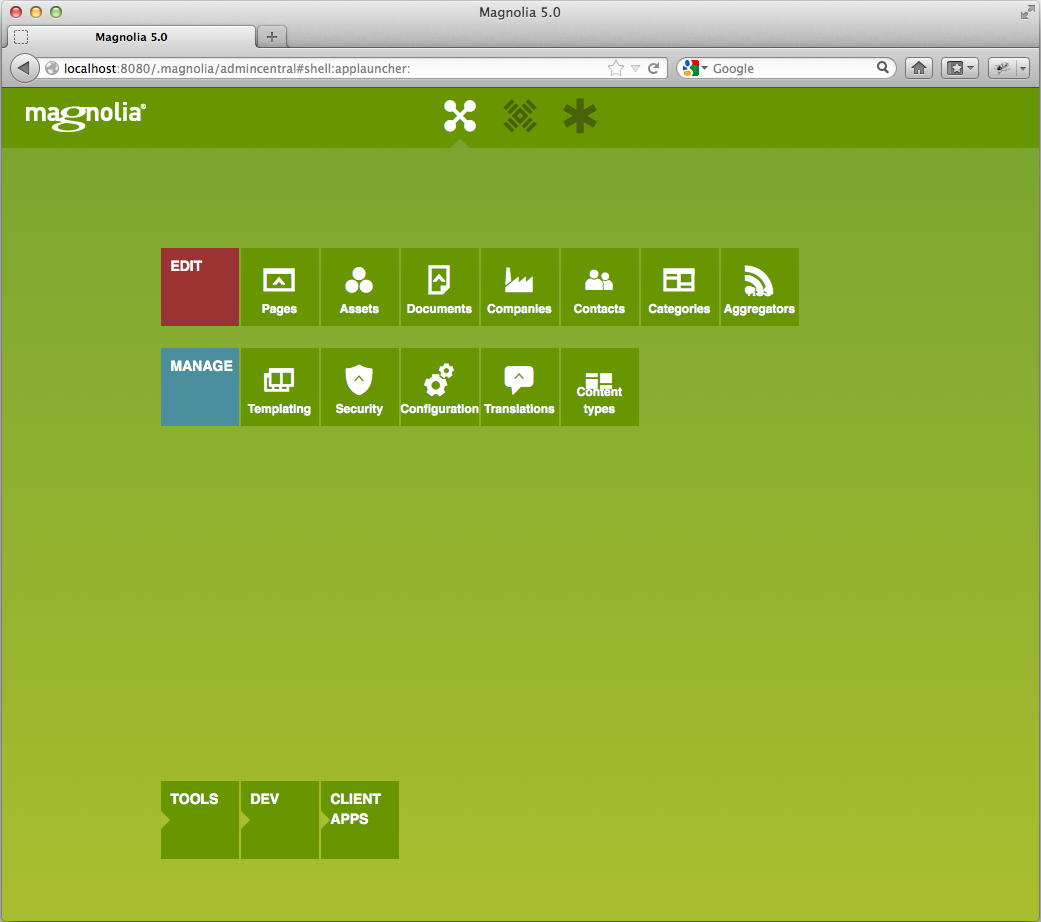 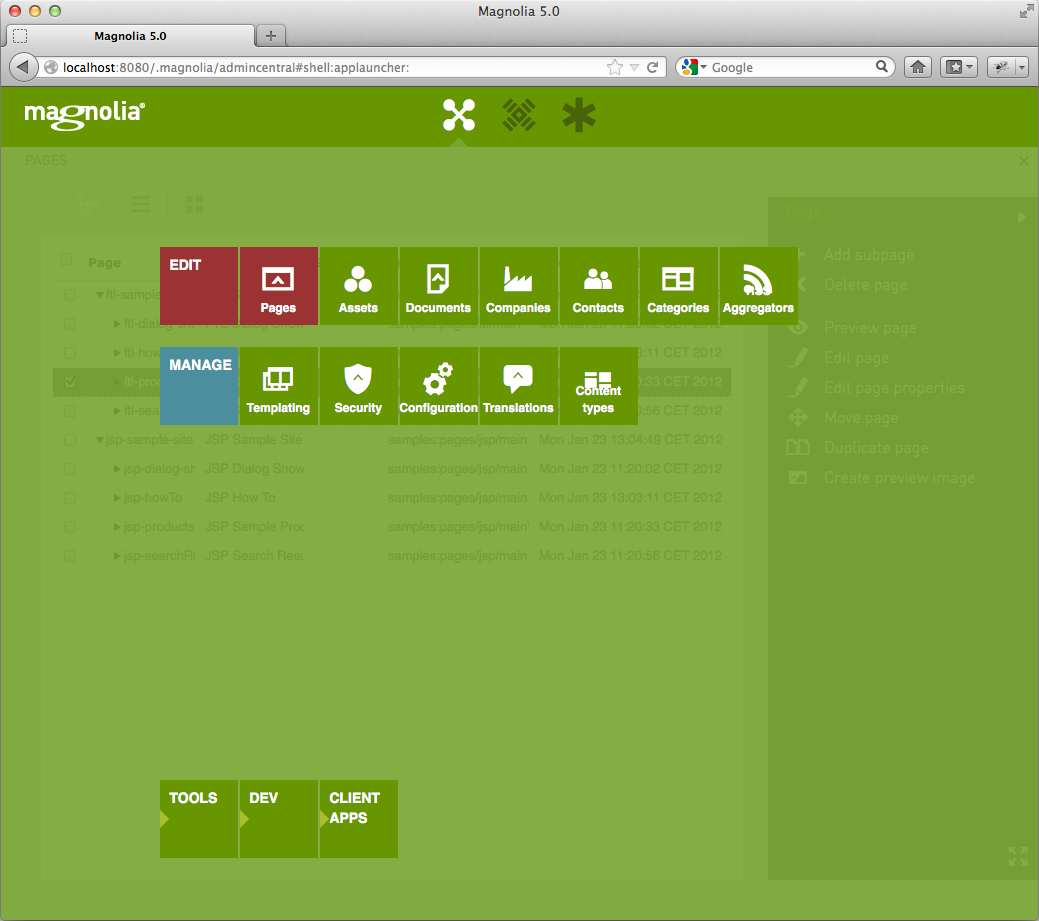 End users such as editors and admins perceive the Magnolia Shell as the administration interface. The Shell allows users to find items of content, launch and switch between apps, or check notifications. The Shell helps the user start an app and then hands over control of the app to the user. This is the case for all apps, even the three native apps. The Shell is not responsible for what happens inside the app. For this reason, end users likely never need to know anything about the Shell. It is just something that keeps things running in the background. 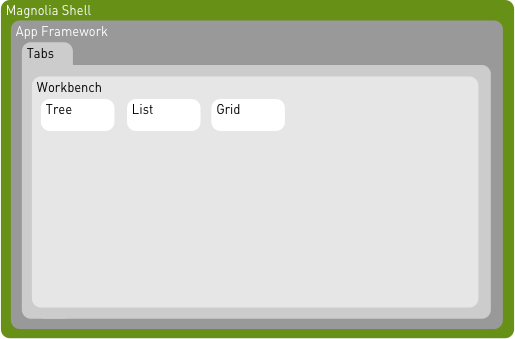