You can show information to users in three basic types: Notifications, alerts and pop-ups.

All message types have at least the following levels of urgency, as defined in MessageType: 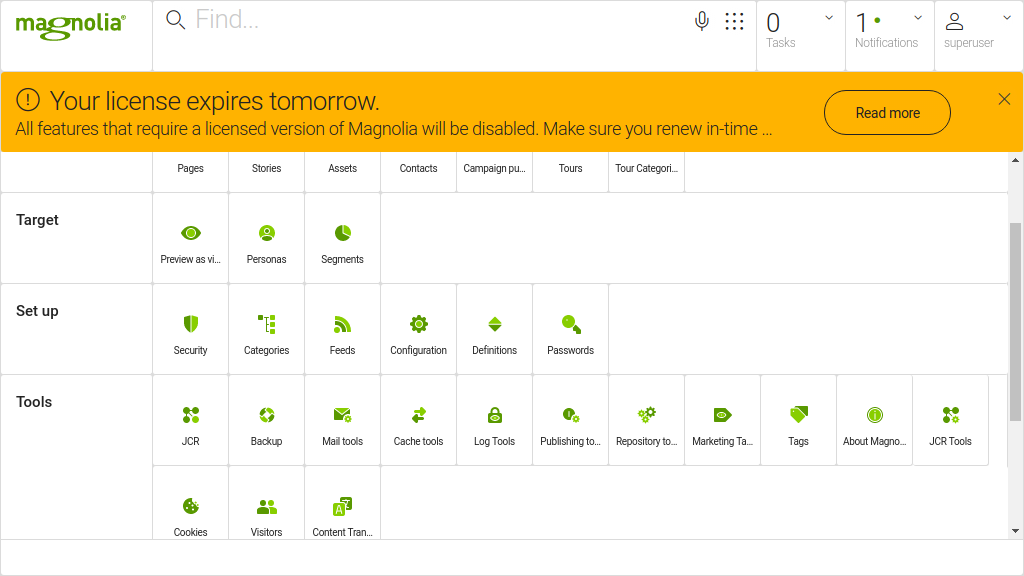 Alerts are modal messages that show up in the context the user is currently working in. You can use alerts to confirm that an action should be executed, inform the user of harmful consequences, or report the progress of a long-running action. Since alerts are modal they block the user interface.

Do not use alerts to gather any user input. For quick input, use a light dialog instead. Light dialogs are meant to carry a small set of form fields and still resemble regular dialogs. For complex input, use a regular dialog. Dialogs should be used when presenting the forms for adjusting the page properties or the settings in the user profile. You might even want to use a wizard dialog, if you have to guide your user through multiple steps. 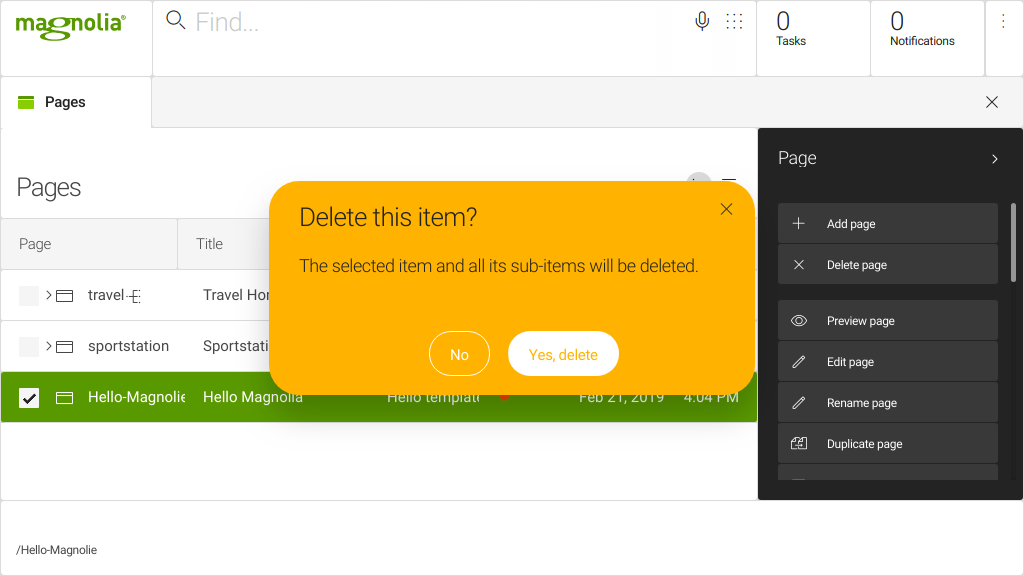 Pop-ups are non-intrusive messages that inform the user whether an action was completed or aborted successfully. Typically they confirm something. Pop-ups look like Post-IT notes. They go away automatically and don't require user action. Use pop-ups to confirm what the user did and provide them with confidence and assurance. 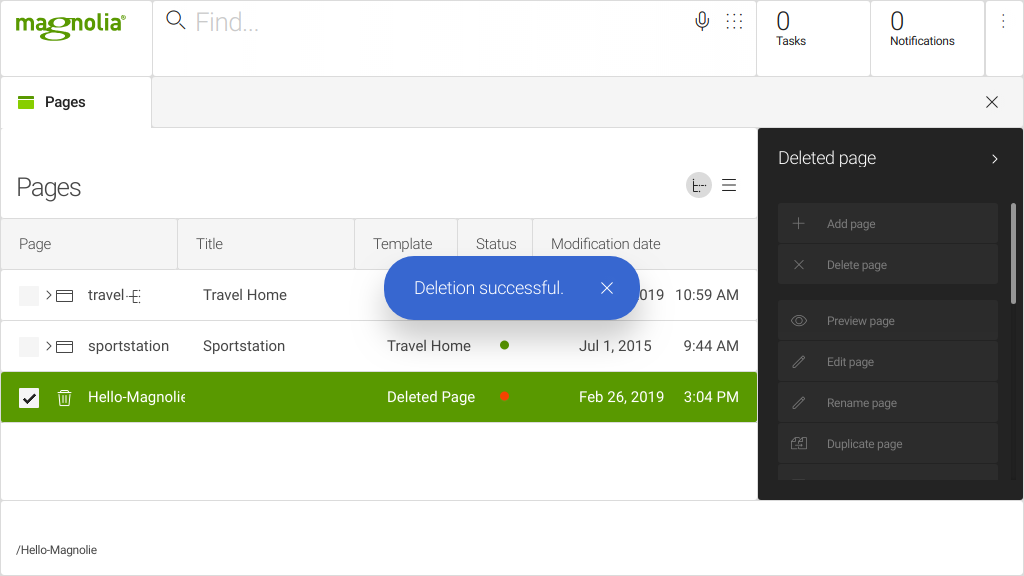