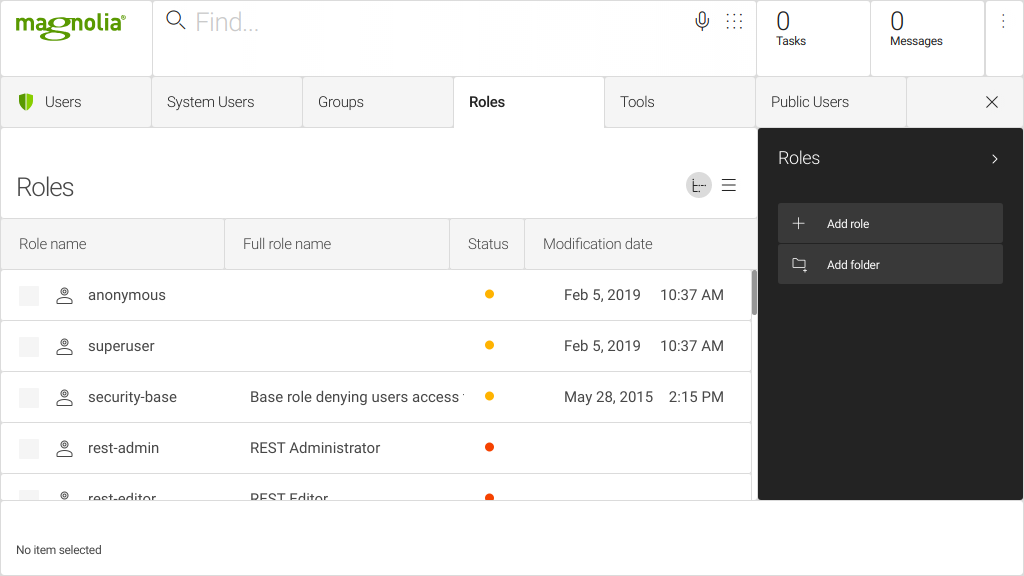 Magnolia allows you to define different JCR ACLs for each role. With this method, you can assign exact access credentials. 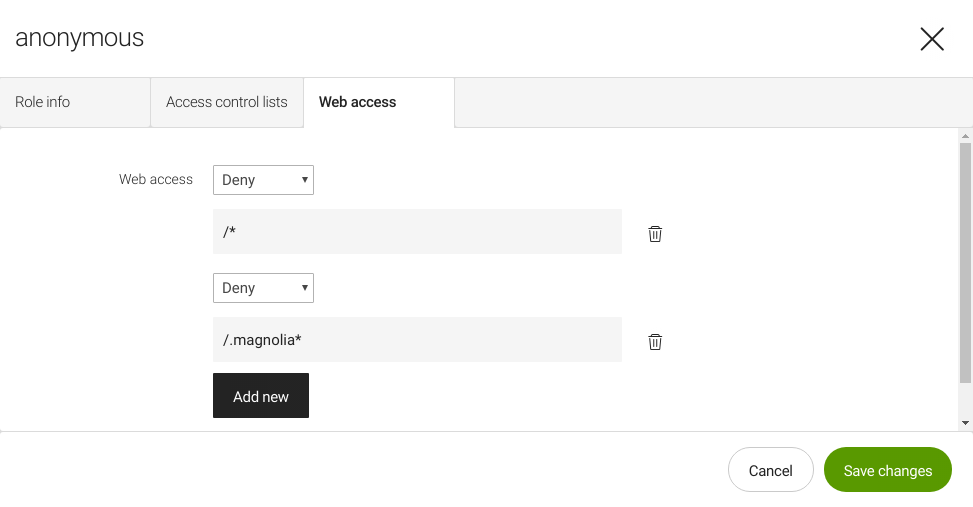 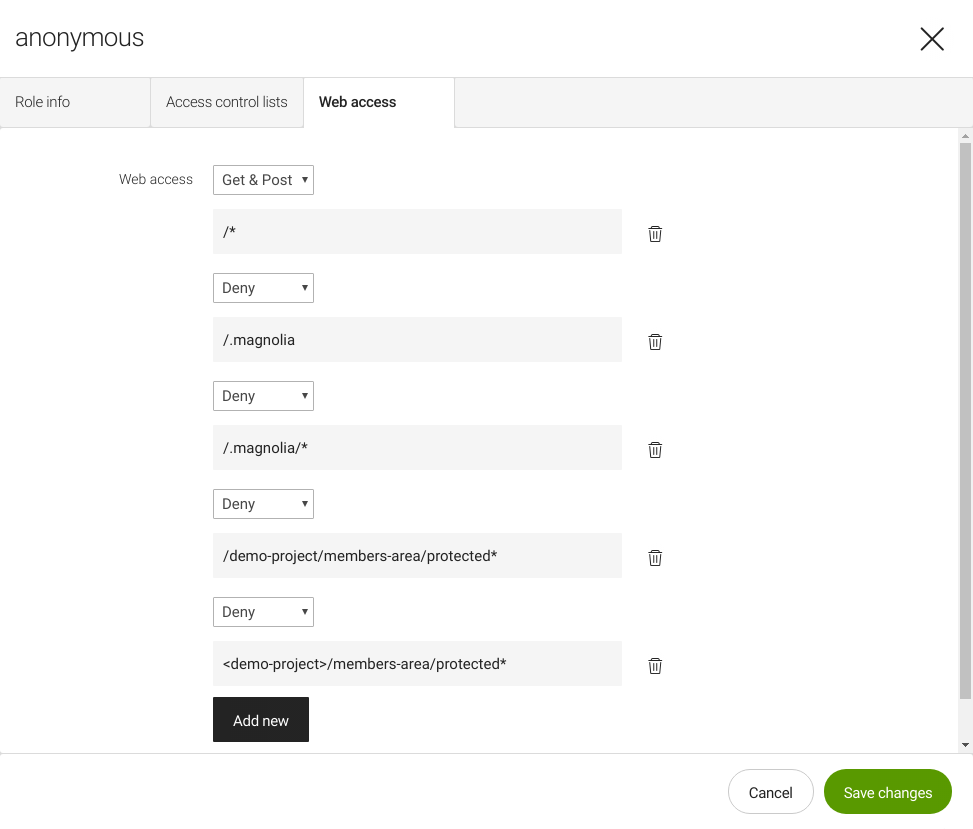 To configure web access for a new user with an editor or publisher role:

DX Core allows you to manage multiple websites in a single Magnolia instance. You can control cross-site access in two ways:

In order to understand the pattern length criterion, it helps to look at how Magnolia stores the ACL rules internally. Each rule is translated into one or more regular expression patterns. The choices you see in the scope dropdown are translated as follows.

The Selected option is a special case available only in controlled workspaces such as config. You can use this rule in other spaces by defining it manually with the dollar sign $ . 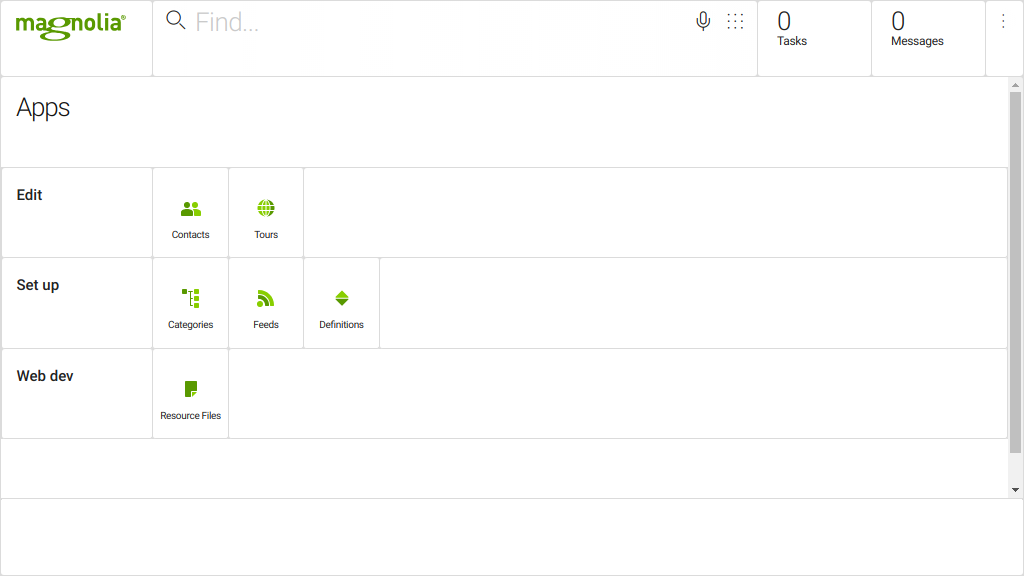 Note that in a multisite environment the  ACLs are site aware  and the root node is then referenced with * (without the leading slash).