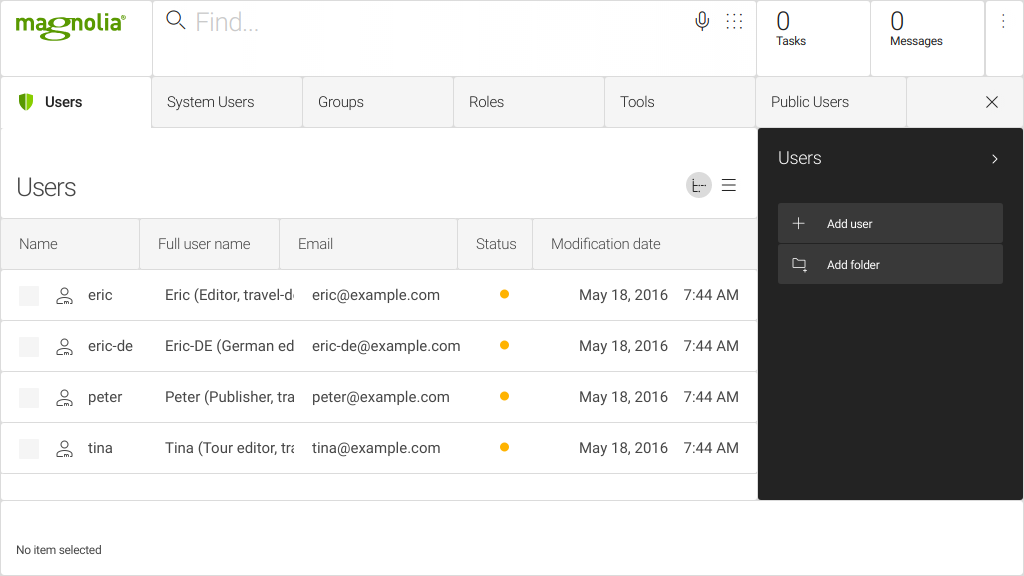 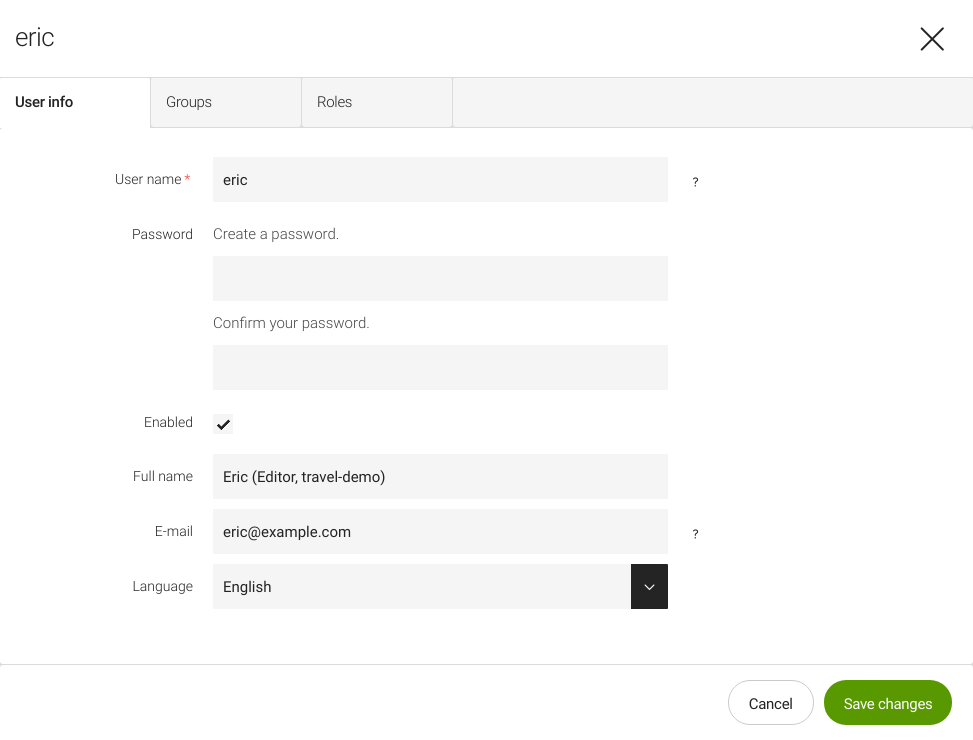 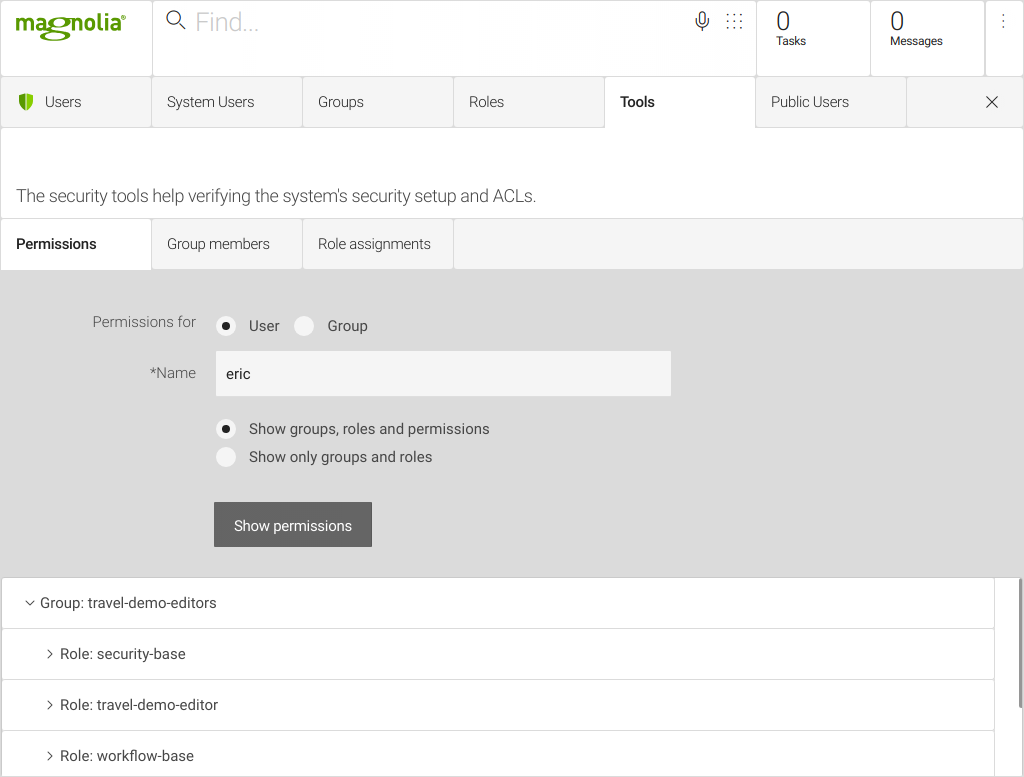 The app is configured in /modules/security-app/ and comes with the users, systemUsers, groups, roles , tools and public subapps. The public subapp is installed and configured by the Public User Registration module. Permission to access the subapps is limited to the users assigned with the superuser role.