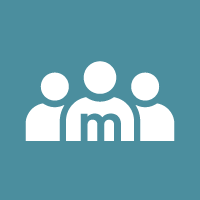 Guidelines on how to handle advanced frontend topics when sharing a Light Module.

With light development and sharing on npm, Magnolia in no way seeks to create another frontend framework. The initiative is about making it easy for authors to include the benefits and innovations in the frontend frameworks, javascript libraries, and web-based services in their web projects.

The following topics will seem more natural to you, the more familar you are with npm. In these recommendations we have adhered to the idioms of npm.

Our goal is to provide guidelines to the magnolia community to ensure that packages are easy to understand and use, and yet ensure that the developers of packages have complete flexibility in how their package is built and interacts with the rest of the npm and the frontend ecosystem.

All of the topics on this page are derived from these core rules.

Each module contains its own build pipeline which is run when the 'npm run build' command is executed. This build pipeline will process the source files provided in the _dev directory and will typically generate files in the webresources directory.

The reason is the huge diversity of frontend tools and rapid speed of change, it would be limiting to have a single build pipeline at the project level that all modules would have to stick to. With module-level build, each module has complete freedom to select its own build pipeline, and is sure that it will build properly, no matter the project "environment".

Magnolia provides examples of how to do this - but again, does not recommend any specific build for a module.

The npm package.json prepublish script should run npm run build so that the build pipeline will be run whenever the package is published. This ensures that all packages on npm are always 'built' and ready to use as light modules.

The _dev directory with all its source files, and the build config files like .babelrc should be excluded from the built npm package. This is accomplished by listing them in the standard .npmignore file.

As a best practice, consider including any built files in a .gitignore file. This ensures that devs using the project will get a build based on the latest versions, eliminates redundancy, and serves to document what is being generated.

A light module will often rely on functionality provided by other npm packages, typically javascript or css. For example, a component that exposes the features of a js library like chart.js to content authors. To be DRY, the light module source control project (ie github) should not include those libraries.

Based on the same "module-level build" introduced above, a module should declare those projects as npm dependencies in its package.json. The build pipeline must include a step to either generate new resources (js, css, etc) based on those dependencies, or simply copy resources from those dependencies - and place them in the webresources directory.

Big popular libraries like jquery and angular should usually not be brought in via npm dependencies. Since many components are likely to depend on them, and they are available via CDN, a project developer will usually prefer to manage those libraries "by hand".

Note that it is the modules job to generate/copy the proper resources in the webresources directory, but not to handle how they get into the web page. This is left to the project developer so that they can use the web resources strategy that makes the most sense for their project (resfn, theme, include, etc).

To test magnolia rendering, integration tests can easily be provided to test a demo page for the presence of expected DOM. These tests can be written with the cheerio library which leverages jQuery for easily selecting the contents of the html DOM. For example, a demo page could contain the same component, but configured via the dialog in 4 different ways. A test could check each rendered version for expected HTML elements. You could use more sophisticated approaches than simple DOM tests, such as selenium to test user interactions with your components.

Tests are especially valuable for open source projects. They make it easier for people to contribute to your project, because they (and you) will see if they have broken anything.

Steps to create a test of magnolia rendering (illustrated in the above project):

A light project consists of a package.json which declares all of the light modules in the project as npm dependencies, and any required build pipeline. A light project is an optional concept.

For each shared light module we recommend a module-level build (as described above), but on the project level, you may want to further process the contents of all modules in your project. The most common use case is that you want to concatonate or minify the webresources from all the modules into a fewer number of resources. Projects often have only app.js and styles.css files.

For a light project setup we suggest the following directory structure:

If some of the modules that your project depends on are on your harddrive instead of npm, you can reference the files directly. npm will then build the project (if a prepublish hook is defined) and takes the .npmignore of the module into account.